Big week for Kingdom Hearts fans and seeing that beloved series reach the trilogy finale after 10,000 years and 179 side releases. Kingdom Hearts isn’t for me, so my backlog still looks like a decent choice.

Though hearing people talk about Resident Evil 2 is swaying me to make my first 2019 purchase. I think I can hold strong though! 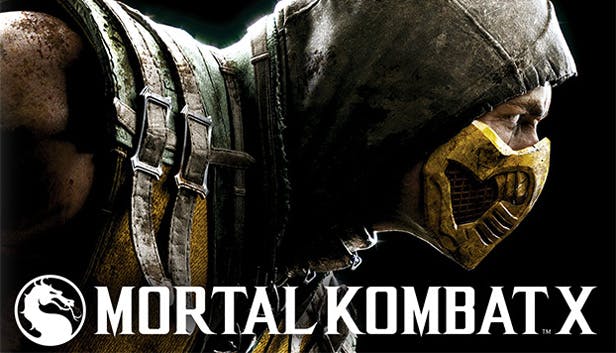 I’ve always loved the series since I first played it in arcades and the Sega Genesis. I’m not good at it, but unlike a lot of fighting games, cool things would happen with minimal effort. This iteration is no different.

Since this genre is out of my expertise, I’m not going to speak on the complexities of the combat. To put it simply, I can do cool things with a limited number of button presses, and that’s fine by me. They’ve made certain aspects of the fatalities more troublesome however.

For instance, while it is possible to perform them easily with a token, that very token can only be found in the krypt or purchased with real money. It’s not the only thing the krypt hides though with fatalities, it also hides the button combinations to perform them as well. This is less of an issue since you can unlock them by performing them as well, so the solution there is a simple Google search.it makes me wonder if Warner-Bros wanted them to potentially do it for more options to sped money. What’s the point of hiding them if they can be unlocked with a Google search anyways?

One thing I appreciate is the focus on the new generation of fighters such as Cassie and Jacqui. I’ve always liked the idea of series that has been around for a while incorporating a younger cast and potentially handing the reins to them. I can’t say how often it succeeds, but at the very least, new characters are in the world that also indicate a passage of time since the series started.

Anywho, after completing the story which was serviceable but not as crazy as I thought it would be, I think I’m done with the game. I’m not invested enough in the game to plow away at improving a faction rank. And with Mortal Kombat X out of the way…I think I’ve had my fill of Mortal Kombat in general for a while.

Toys to life are dead. After playing a little with my son…I’m actually kind of bummed. I enjoyed my time with Skylanders Imaginators and hope they make a comeback. After being disappointed with Disney Infinity, I didn’t think I would say that.

I always had a inkling of interest ever since Jeff Gerstmann over at Giant Bomb found himself enjoying the game. It didn’t take me as something he would like but he really dug it.

Fast forward to this past year where my son ran across a gameplay video on Amazon Prime for Skylanders Imaginators. It didn’t take long before he started talking about it. With the series seemingly dead and stores clearancing everything out, I got the bright idea to purchase some as a Christmas present.

Now I want to purchase more.

The game is quite clearly for children with the simplicity and design, but it’s still really fun for the elders too. Gameplay is quick and the various types of powers and the elements they are derived from make for cool battles. It makes me want to buy more and see what all they can do.

Loot also drops like crazy. Everything feeds into the creation aspect which was more impressive than I originally thought. Entire body parts along with weapon loadout and armor choices can lead to every choice being pretty unique and makes Skylanders Imaginators that much more fun to work through.

Skylanders Imaginators is a real blast and I may have to play more (even without my son) to get more into it. I did realize however – if Nintendo were to do this with Pokemon, I would be in big trouble. I would be hooked.

Grasshopper Manufacture knows how to make games with some style and personality such as Killer7 and No More Heroes, and Let It Die is no different. They immediately throw both things in your face and it’s fantastic.

You are introduced to a character at the very beginning that I fell in love with right away. His name is Uncle Death and he is, if the name didn’t give it away, the grim reaper himself who loves riding skateboards, hanging in arcades, and assisting the player who climbs the tower that rose from an ocean during a major techtonic event. He is rad.

From what little I’ve played of Let It Die, I can’t imagine falling in love with the combat. It feels too stiff and unresponsive at times and is generally unsatisfactory. I’ve also noticed a seemingly unendless stream of tutorial notes coming my way. This game looks to have a lot to it, and not necessarily in a good way. I was getting overwhelmed quick.

Aside from that, there is a lot to like from this game. I’ve seen a number of weapons available making combat interesting in that regard, the ability to invade other games using one of your previously killed characters you rescued (after killing them a second time), crafting both items and skills to make venturing up the tower less difficult and more.

To do some of these things, currency is required. This could get troubling later in the game as purchasing currency is a form of microtransactions. It can be earned in game, but the question is, how giving are they later on? It also comes off as confusing to me based on the different types too. Kill coins, Bloodnium, SPLithium and Death Metal…..too much going on there.

For a free game, Let It Die is much more engrossing than I imagined though I worry about where it tries to hold you back later down the road when it comes to microtransactions. I know I’ll keep giving it a try until then as it’s a genuinely cool game, but will probably drop it once I notice the need to spend some real world money.

Next week is the first bump in my weekly backlog. I will be reviewing a game and the embargo is up on February 8th. Going to still try and play something, but if it’s on the shorter side, don’t be surprised.

Until then, check out the many stuff going on at Los Harrow Games here on the site, our podcast feed, our YouTube channel and don’t forget to vote on our PlayStation All-Stars Roster Showdown here!

This site uses Akismet to reduce spam. Learn how your comment data is processed.